Fortunately, New Zealand doesn’t card people, even when they clearly look under 18  (I can say this because two separate students in Melbourne who interviewed me for school projects told me I looked 25).

The rest of the Wellington, New Zealand trip was amazing- so good it has taken me days to  finally write this post.  We can thank jet lag for waking me up at 4:00 am Kenyan time!  My friend Jessie (another friend met in Antarctica) took a few days off from work and we had a much needed holiday from my holiday.  In saying this, I realize how truly ridiculous it sounds, but traveling is tough work!  And a break was needed!  Fortunately for me, Jessie shares my love of movies, knitting and wine so she planned the perfect adventure.  It was so perfect, in fact, that few photos were taken and you will find this post a little light on visuals.

New Zealand takes their cinema nearly as serious as their coffee and the movie houses are more neighborhood than multiplex.  The first stop was in Wellington where we brought fantastic wine into Independence Day and armed ourselves with plenty of knowledge to fight off the queen should aliens attempt to attack this July 4.   Then it was off to the New Zealand countryside to see why James Cameron and Peter Jackson have purchased 63% of the land (yet another fabricated statistic).  Oops- before we were off, Mustache announced the grand opening of their cookie truck and it just happened to be across the street from where we were- so cookies and coffee were acquired for the drive.  The cinnamon cookie is my personal favorite! 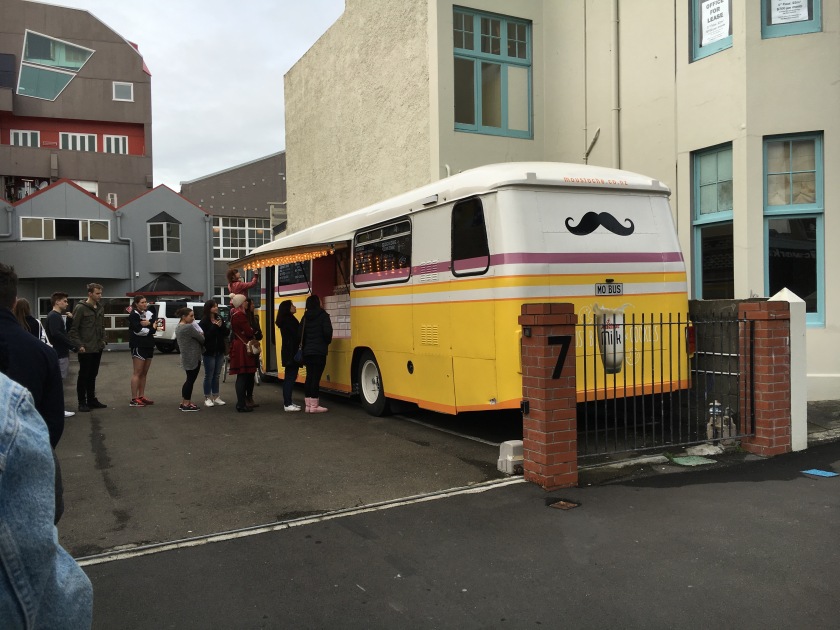 The Wairarapa region was the lucky recipient of us.  First stop, pie.  Second stop, the Mount Bruce Pukaha to see the bird sanctuary.  In Maori, every bird name starts with the letter K (fabricated statistic alert).  Here we saw kaka, kiwi,  kokako, kakariki, keraru (PSA- also a great brewery in Upper Hutt) and my personal favorite, the piwakawaka.  My good camera was in the car so no pics of him- just the kaka during feeding time. 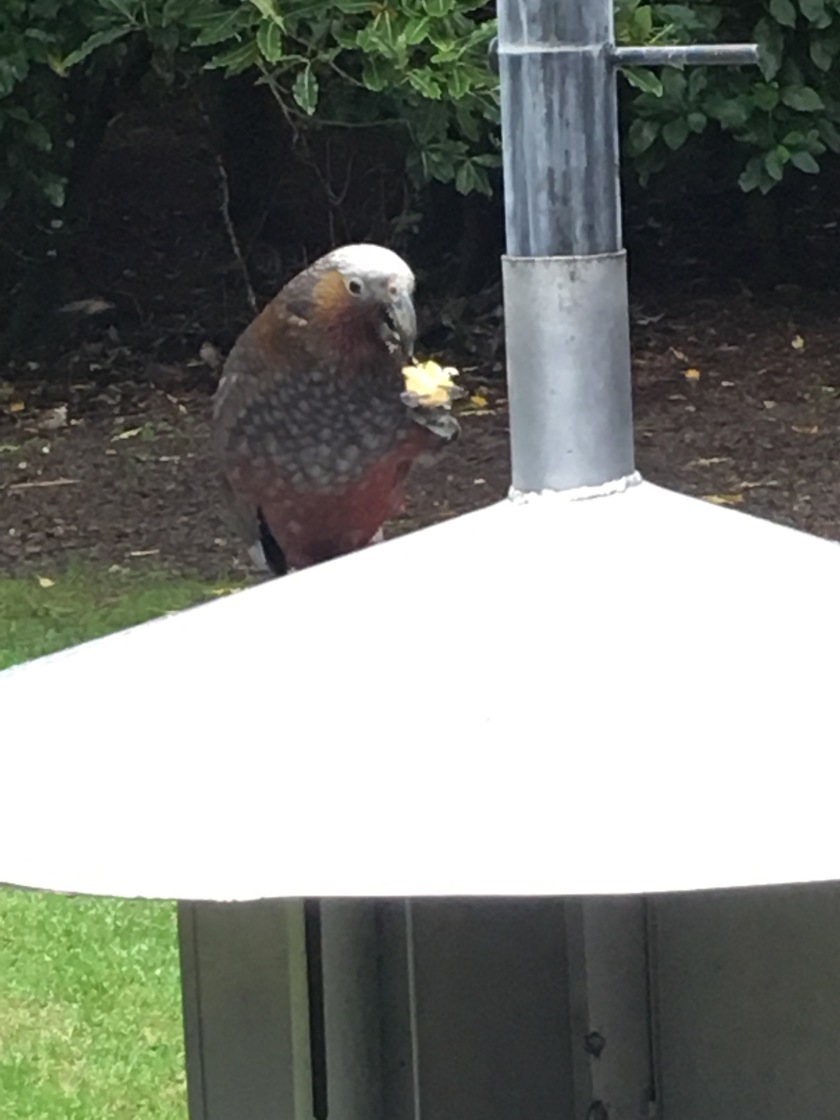 All of that working bird watching meant it surely must be time for wine and cinema- the selection was a hilarious New Zealand film, The Hunt for the Wilderpeople, made even better with locally produced wine.

We had been invited to James Cameron’s house for lunch so we headed further out into the countryside (I think this goes without saying, but fabrication).  We got distracted with the Cape Palliser Lighthouse and the fur seals hanging out near its base and never made it to James’s house.  I hope he can learn to forgive.  The 250 steps helped me quickly forget the slight.

The adorable but not curious enough for my liking fur seals helped as well. 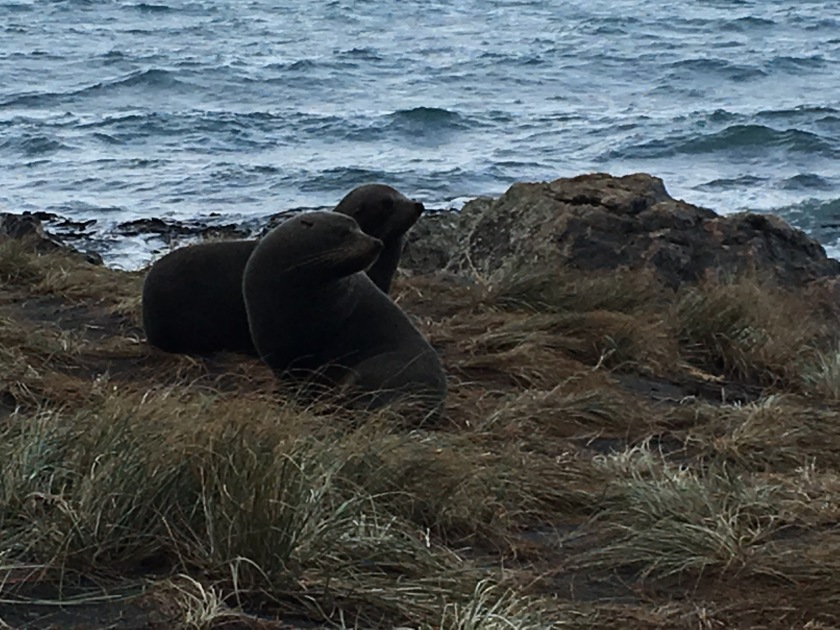 A final stop in Ngawi to see the bulldozers that push and pull the local fishing boats into and out of the water.  Some people have made good use of their down time!

Enough nature now- off for wine tasting, beer tasting and Quiz Night at the local hotel pub.  We placed a respectable fourth, doing quite well in the Geography, Cinema/TV and Random categories.  A few more weeks in that town and we would have OWNED quiz night!

Final Wellington must do item- visit Miramar, the primary location for NZ film.  We saw the giant outdoor green screen where LOTR filmed and visited Weta Cave where the trolls graciously let us pass. 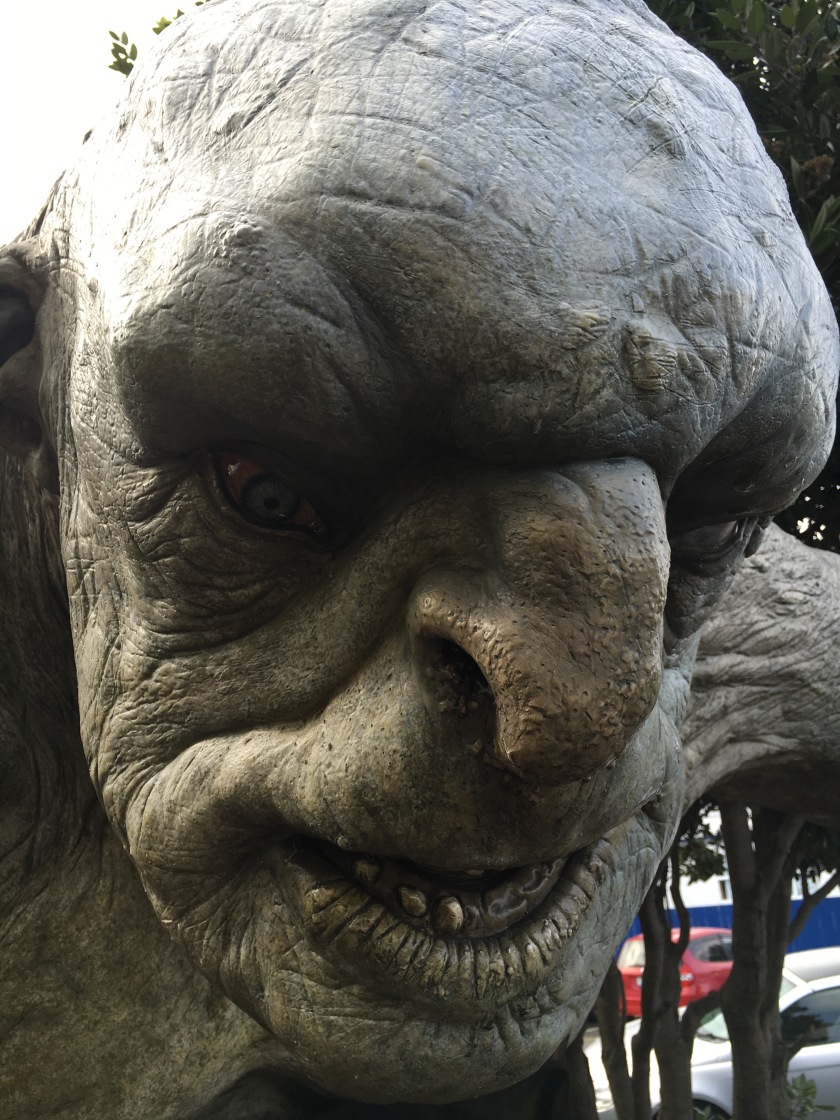 And so ends the wine, knitting and cinema adventure of Wellington.  One flight to Sydney with a 24 hour layover, one 13 hour flight and one 5 hour flight and I am BACK IN AFRICA!!