‘I could tell you my adventure- beginning from this morning,’ said Alice a little timidly, ‘but it’s no use going back to yesterday, because I was a different person then.’

After a brief stint in Paris to ensure their wine and cheese quality was being maintained, I headed back to my favorite country in the world, South Africa. I had been once before and loved it so much, I thought it best to begin my travel finale in the place that inspired it all. So off to Cape Town I went. And to make it even better, I was meeting three others that I met in Egypt for a South Africa/Mozambique/Madagascar extravaganza! More on those coming soon.

I had not been to Cape Town during my first visit and wasn’t sure what to expect. What I found was more of why I love South Africa. The people and the land are so amazing. You will struggle to find happier and more friendly people anywhere in the world. If Cape Town was easier to travel to/from, it would definitely be on my list for places I would live. My hotel room featured a gorgeous view of Table Mountain (not that odd since the mountain towers over most of the city!).

On our first full day, we visited Robben Island, thankfully having purchased tickets a few days prior (tip for any future visitors- ALWAYS book in advance). This island off the coast of Cape Town was the main prison for political prisoners, such as Nelson Mandela and Msomi Sipho. While you certainly recognize Mandela, Sipho may be unknown to you. In addition to serving many years for his political protest with the ANC, this man served as our guide and storyteller. Unlike Mandela, who was kept in a solitary cell, Sipho served in a larger block and shared stories of how they would use music, dance and plays to keep the protest alive and pass information to others, like stuffing tennis balls with newspaper and tossing it over the fences. I can’t imagine working in the place that once imprisoned you but the need for employment outweighs the struggle for these men. I suppose life is all about being a different person tomorrow than you were yesterday. Any and all afternoon plans were scratched upon return from the island and instead drinks and dinner on the Victoria and Alfred Waterfront won that battle.

Day Two  was the ultimate tourist Hop On/Hop Off bus tour, done mostly for a way to get cheap transportation around the greater Cape Town area. In addition to wind burn on my face, I learned a few interesting facts. Table Mountain is home to 8000 plant species, 69% of which are not found anywhere else. The villages have festivals during the warmer months which are often thematic and award a Beauty Pageant winner titles such as Miss Cherry or Miss Meat during the event. Aspirations- you can be a no one today and Miss Strawberry tomorrow.  The saying “women and children first” came from a shipwreck just off the coast of Cape Town. Who knew? Finally, according to Feng Shui, Cape Town is situated perfectly. Reason 343,283 to move here.

I am pretty certain that you are not allowed to leave Cape Town without a visit to their famous winery. So, in addition to ensuring I tasted every vineyard’s Pinotage, we spent the day (versus the intended afternoon only) in the Constantia wine region at three of the wineries. We happened upon two guys on the same journey and scooped them into our adventure. One more dinner on the V&A Waterfront and it was off to our hotels. While Cape Town is lovely, it cannot be walked at night alone. I was harshly criticized for offering to get out of the cab a mere 1/2 block from my hotel. I understood, as I had left my Wonder Woman bracelet in the States. 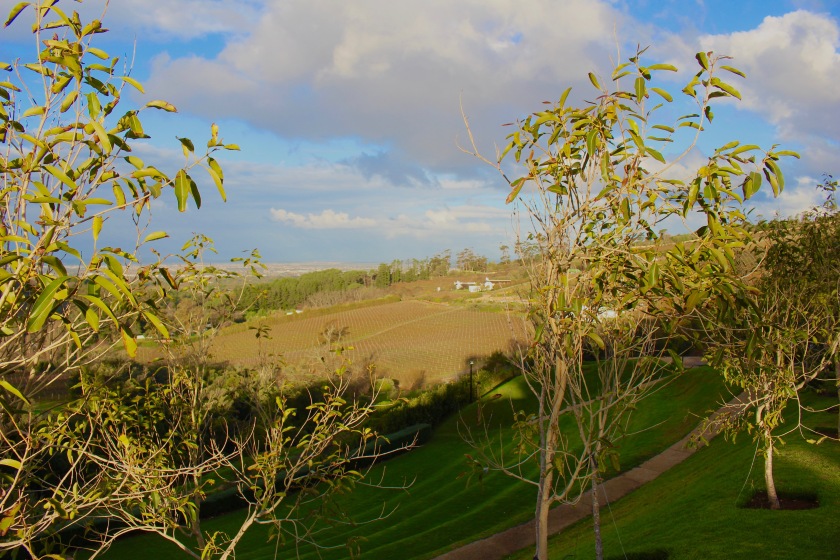 Day Four began as a lazy day. It was my last day in a solo hotel room and, as I truly treasure that time, I wasn’t wasting it. I type this as I am enjoying the quiet of my shared room while the others have gone off to tour Joburg! After dropping my laundry off with some people and doing my “Hope This All Comes Back to Me” dance, it was off to the District 6 Museum. This is a fantastic museum that honors and remembers the residents of District 6, a township that was literally evacuated and bulldozed after relocating residents to smaller, more distant locations. This museum incorporates the former residents into the exhibits, giving it a very honest feel. The ghosts of apartheid are still very strong in this country and remembrances are everywhere.

The official tour began on day five and we were off to Kirstenbosch Botanical Gardens, the site of over 9000 plants, including a tree whose species predates the dinosaurs. A very eccentric guide shared his love and knowledge with us. While I have always been fascinated with nature, flowers have never really been my thing. Visiting this garden gave me all new appreciation of them- again a different person today than yesterday.

After the gardens, we were off to visit the penguins and have lunch. Lunch was made more interesting by the fact that we were on alert for baboons. More specifically, we were watching for the baboon guards that walk along side these crazy animals protecting both humans and baboons from rather unfortunate events.  A visit to the Cape of Good Hope and the “southernmost point in Western Africa” finished off the day.

In addition to the four of us from Egypt, we commandeered two others who fit perfectly and headed off to Table Mountain to get some exercise before our mandatory visit to the Stellenbosch wine region. We took the cable car up to the top, but I would absolutely recommend hiking it instead for anyone with even a little physical stamina. So often when you get to the top of a mountain, the view of below is amazing. On Table Mountain, the view off the landscape on top rivals that of the land below. I would have gladly stayed up here hiking all day, but the call of the wineries was strong. We headed down and found the driver that would lead us to this debauchery.

As we drove past townships, I couldn’t help but feel a strong sense of guilt, knowing how fortunate I was to be doing what I am doing while oppression and poverty are so strong. We visited three/four wineries on this visit but the highlight for me was the quality and powerful rendition of “Don’t Stop Believing” performed with commitment by the seven of us (recorded for posterity). It was a perfect end to Cape Town and a perfect beginning with new and old friends for the rest of the trip. 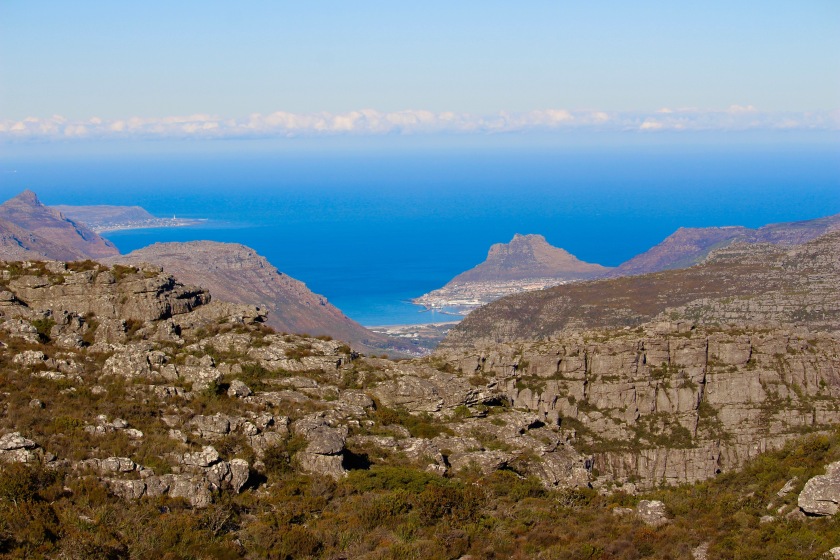 And so off to Johannesburg I go, yet again a changed person.