I may just stay in Melbourne forever, for their coffee.   These people don’t mess around when it comes to a good cup of coffee.  I should know.  I have had several.  Today.   And likely again tomorrow.

Day One in Melbourne was a bit of a lazy day.  All of my friends that have taken significant time off to travel reminded me that this is a marathon and not a sprint and you will wear yourself out if you go all day, every day.   And so I follow.  Something you won’t often hear my say.

The first activity on the agenda was a trip to visit the home of the Honorable Miss Phryne Fisher, Lady Detective (totally fictional, but imagination really is the best gift we have).  I waited outside for Mr. Butler to invite me in for tea or to help solve a murder but, alas, it never happened.  Perhaps I will try again tomorrow. 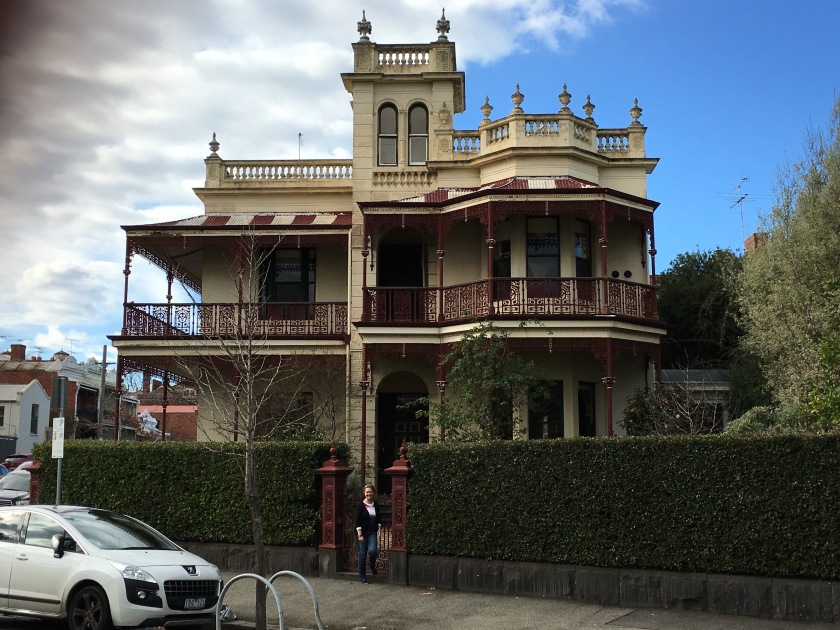 Then it was off to Queen Victoria Market, which resembles nearly every produce, meat, cheese, bread, fake designer handbag market in the world.  But it is always fun to see what the locals eat.  In Melbourne, it is a lot like the U.S.  Interestingly enough, it appears as though the Official Restaurant in Melbourne is Subway, which also smells the same everywhere in the world.  They have the highest number of Subway’s per capita (totally made up fact- imagination, remember?).  Ironically, they have the same number of 7-11s. 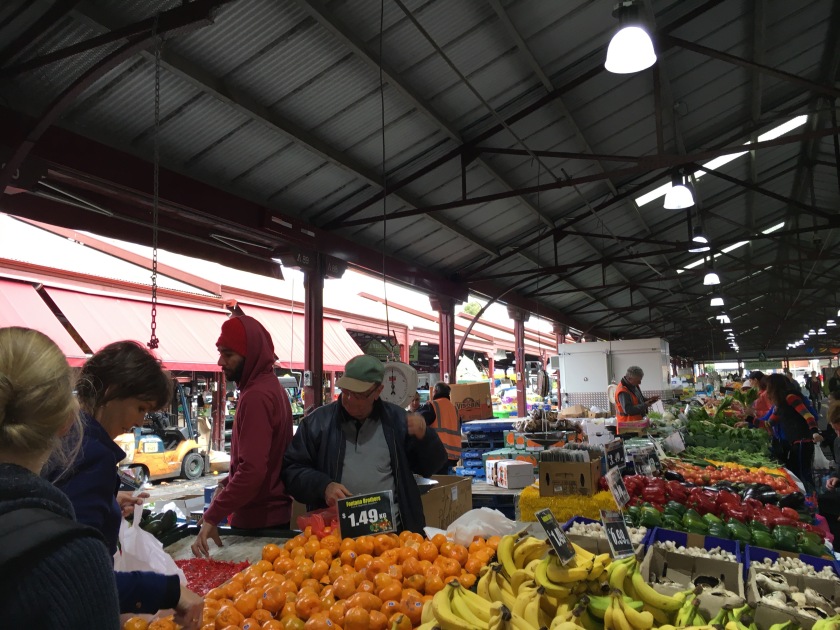 The evening was spent in a movie theater, because it is critical to compare the movie going experience around the world.  Interesting difference.  Australian cinema kicks off with 15 minutes of commercials, mostly car commercials from what I can tell, before the previews begin.  Expected similarity. Popcorn is ridiculously expensive in the Southern Hemisphere as well.

Day Two was a wee bit more active.  The sun was shining so I took advantage and hit the streets, covering Collingwood, Abbotsford, North Richmond, South Richmond, Yarra and what feels like the whole of Victoria if you ask my feet.

First stop….coffee.  And it surpassed my expectations.  I have no idea why the United States has settled for such horrible coffee, truly horrible coffee.  Literally everywhere in the world makes it better than us.  So I am starting a campaign- Make America’s Coffee Great Again (#makeamericascoffeegreatagain).  Feel free to join my cause.  Clean cup!  Clean cup!  Move down!  I plan to move to a seat that serves better coffee.

Next stop- street art.  Melbourne has embraced street art and I found some good ones.  If you go, I very much suggest turning into lots of alleys.  You never know what you might find.  Even the dumpsters (rubbish bins- must remember to translate) are covered in art.

This walk led me to my new favorite place.  Brunswick Street.  If I lived here, I would easily weigh 400 pounds (28.5 stones your conversion purposes).  The whole of Asia and a good portion of South America had restaurants here, in addition to adorable boutiques and environmentally friendly shops.  This place is a vegetarian’s heaven.

At this point in time, I was clearly tired and in need of some rejuvenation.  Hmm.  What to do?  Coffee!!  I found a fantastic little cafe, ordered myself a latte and pulled out my knitting.  If you ever want to meet people, sit in a cafe and knit.  Even if you can’t knit, find a friend that does, borrow a half-finished project (any good knitter has at least 6) and pretend to knit.  In no time, you will be chatting away with people.  And hopefully sharing coffee.  Clean cup.  Clean cup.  Move down!