“How puzzling all these changes are!  I’m never sure what I’m going to be from one minute to another.”

I arrived in Athens after a flight from Dubrovnik through Istanbul.  It was late at night but, as expected, Berlin was hopping and I was staying in a very active part of town.  I found my hotel, settled in and put together a plan.  I was expecting only one good day of weather so outdoor stuff was first on the list.  And bonus, it was free admission day to all of the outdoor ruins- thank you Melina Mercouri (a proponent of restoration of Greek ruins and access for Greek citizens).  It saved me a ton of money, but also meant that they would be packed!  I headed to the Acropolis first and it was a good thing I did.  By the time I left, it was filled with groups of school kids and groups of adults behaving like school kids.  Acropolis hill was cool- it is so odd to think how old it is and how advanced this architecture really was.  I think My favorite part of all of the ruins I visited is the wildflowers growing in and around them.  Mother Nature always takes back what is hers.

That same day, I also visited a bunch of other old stuff- all outside as the weather was fantastic.  I particularly loved the Temple of Hephaistos and the Stoa of Zeus Eleutherios, all sitting among tons of wildflowers.   Athens does a great job of signage around their ruins so my brain was filling quickly with lots of facts that it promptly forgot.  Thank goodness for Google!  After ruins, it was time for the flea market.  Smack dab in the middle of the flea market, surrounded by tons of junk, was a gelato shop.  Hmmm.  Gelato.  A seed was planted. 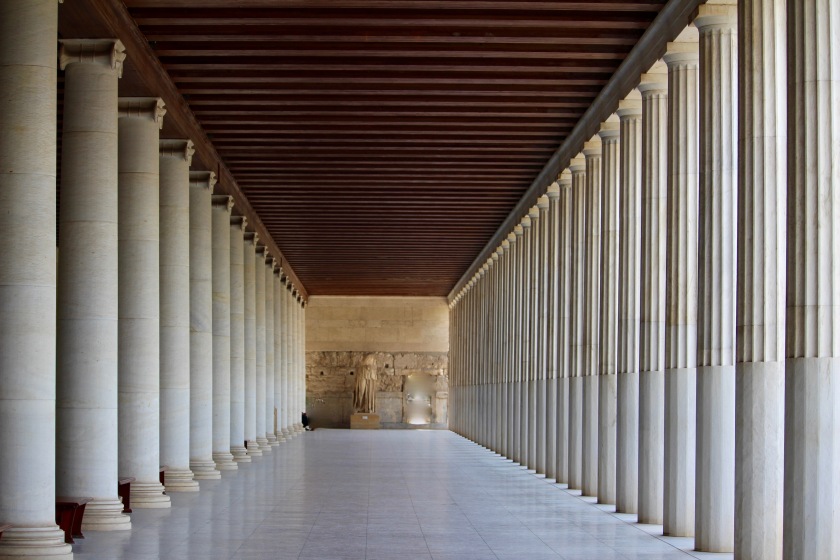 Mother Nature threw me a bone the next day and pushed the rain until later that evening.  So I decided to take advantage and spend more time outside.   I made my way over near the Acropolis again and climbed the Hill of the Muses, which provided a beautiful view of Athens (which is HUGE), the Greek Islands and more ruins.  I was able to hike all around, past the Observatory and back down.  It was pretty warm and I knew I needed gelato to cool off.  Hmm.  Gelato.  I found a different shop and headed to Syntagma Square to people watch and shop.  But I kept hearing the voice in my head yelling, “You want gelato? Rome is RIGHT OVER THERE!.  GO!”  After all of my travels, Rome is still my favorite city.  So, I headed back to the hotel, booked a flight and hotel room for the next day.  Two bonus days in Rome!  Think of the gelato!  Sorry Athens, but I saw your ruins and Rome was so close. 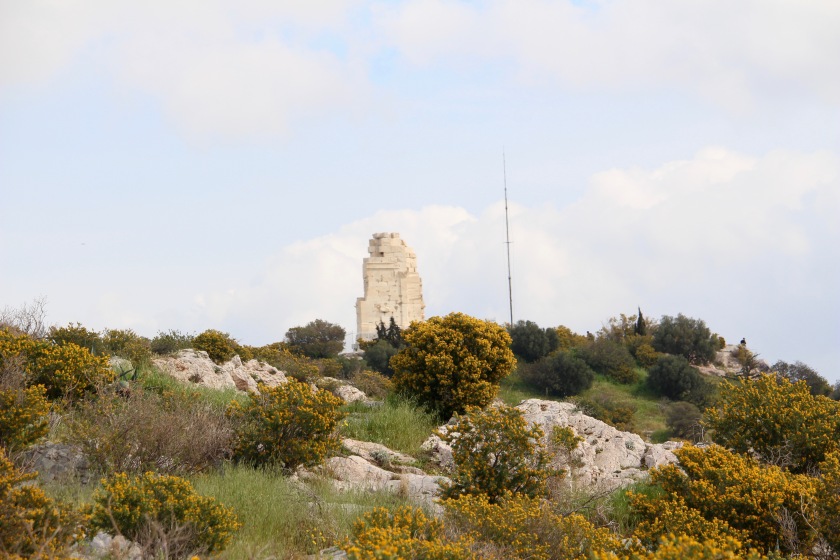 The Athens airport is a carbon neutral airport which I loved. I also liked that they have an archeological museum inside- good since my sudden departure cost me my trip to the Athens one.

And so to Rome I went.  As I flew, chatting with the people around me and those waiting for their luggage, I realized the difference between the different areas of Europe.  I hadn’t been able to strike up conversations with random people for several weeks but since I got to Croatia, Greece and Italy, I hadn’t stopped talking!  I made my way to the hotel and literally threw my suitcase into storage and ran out the door. I only had two days and I had to get the most out of it.  The Trevi Fountain was being refurbished last time I visited so I wanted to swing by and see how this beautiful Baroque fountain turned out. Plus, I needed to throw in some coins to ensure I would return to Rome.   Then, it was off to my favorite gelato shop near the Pantheon- dark chocolate and orange- and people watching in Piazza Navona.  A quick hike to Vatican City and it was time for dinner.  And let’s be honest, it was only time for dinner because I was anxious for Second Gelato.  I tried a new gelato shop near my hotel and went with the recommendations of a guy who works there.  The cherry nut crunch was delightful. 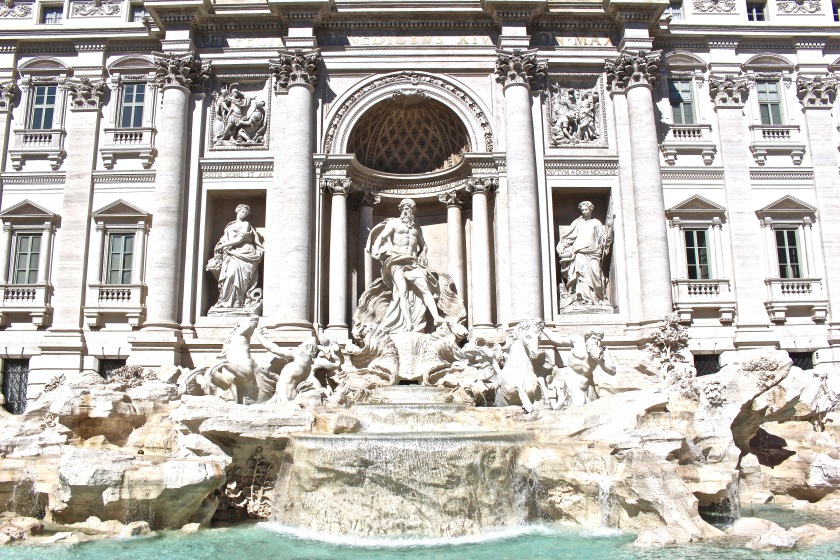 I have been to Rome several times already so I was going to skip all the touristy stuff.  But….I really wanted to go to Palatine Hill.  I have always visited Rome with other people so my timeline hasn’t been my own.  This trip was different. It was my agenda.  So, yep, I was going to do tourist stuff.  You see, the ticket to Palatine Hill is the same ticket as the Coliseum and the Forum.  And, it would be foolish to purchase a ticket and not see all three.  I am so glad I did.  The Coliseum has a new exhibit which was super interesting, and I had tons of time to walk through the Forum and see stuff I had missed in previous visits.  After a few hours, it was time for gelato. I grabbed some and window shopped Via Condotti and made my way back to Trevi Fountain to throw my coin over my shoulder and partake in a glass of wine.  Dinner and Second Gelato rounded out my day and it was time to pack to head back to the States for a few days.

So, back in the United States for a few days.  Until Colombia…..

One thought on “Where Shall I Be Tomorrow? Athens and Rome”